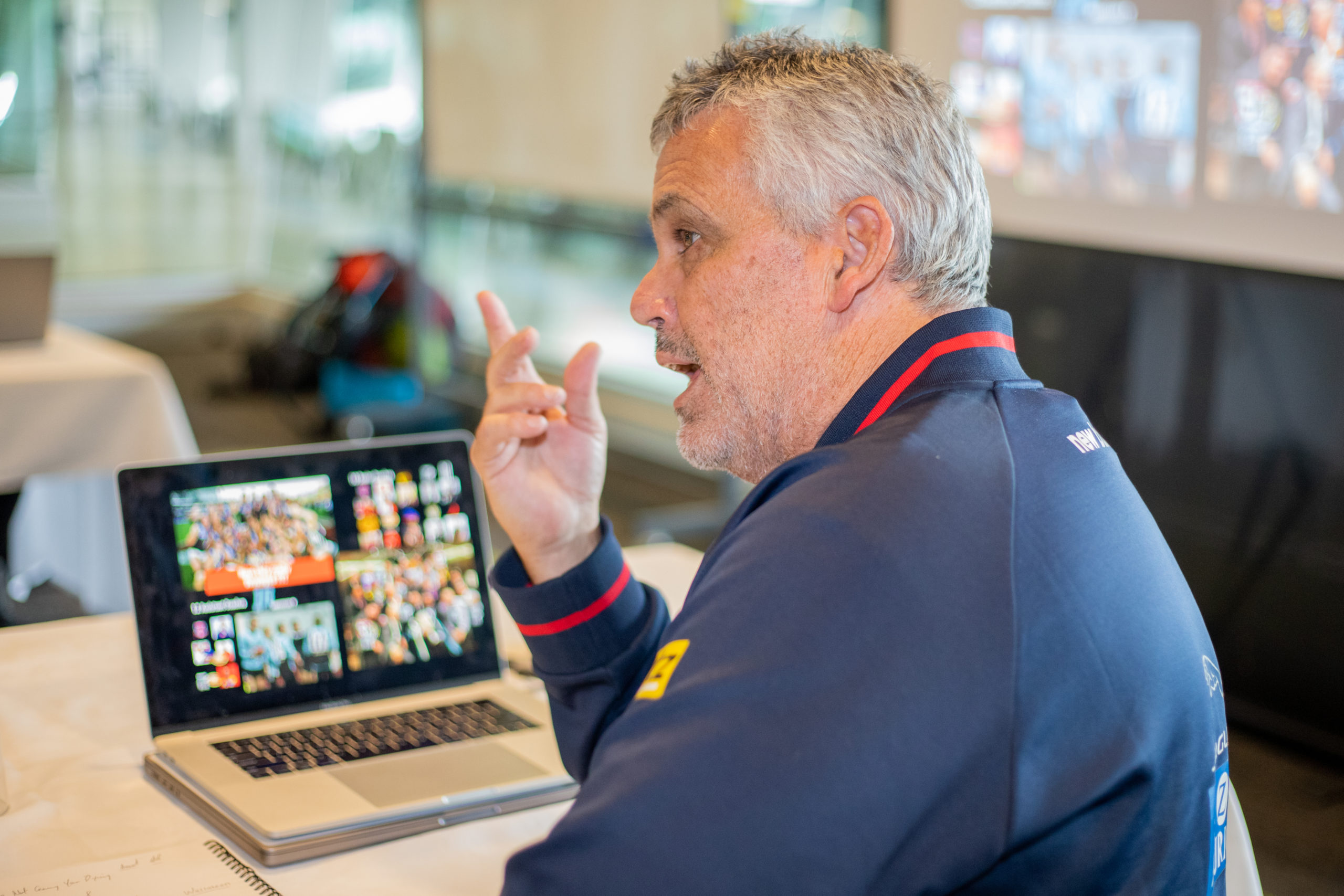 Williams is a widely-respected figure in the AFL industry, having been involved in the sport for over 40 years as a player and coach, most notably leading Port Adelaide to its first-ever AFL Premiership in 2004.

Presently, Williams is the Head of Development at Melbourne, where he was involved with the club’s first Premiership win since 1964 last season. Speaking at the first mentoring session of BHF’s inaugural coaching program, Williams reflected on his own ancestral heritage when considering his passion for inclusivity and diversity in sport.

“It goes back to my background, my great-grandmother is a Jamaican slave,” Williams said.

“When I see opportunities, I just want to give everyone the confidence to know that they can get to where they want to.

“Having met Bachar [Houli] and seen where he’s come from and what he’s done to lead the way, there’s no reason why we can’t get more Muslim coaches through our programs and all the way to the top.

“Coaches have to reflect what we see in society and there are so many Muslims that would benefit from seeing other Muslim coaches coming through.

“If we can be supportive and open to anyone and everyone to reach the highest level of any jobs that are on offer, that’s the way footy should be.” Williams spent four years at Richmond between 2013 and 2016 as a development coach, building relationships with Richmond’s players in the process, including Bachar Houli.

“We formed a real fellowship; he introduced me to a lot of the teachings of Islam, and we spent time sharing and discussing it with the younger players at Richmond so they weren’t anxious about it but were understanding it,” Williams said.

“So seeing Bachar start this Foundation, I gave it no thought, I wanted to jump on and help as much as I can.”

Williams will continue to run development sessions for Muslim coaches, with the goal of seeing the first practicing Muslim coach in the AFL in the coming years.